Facts for the Teacher 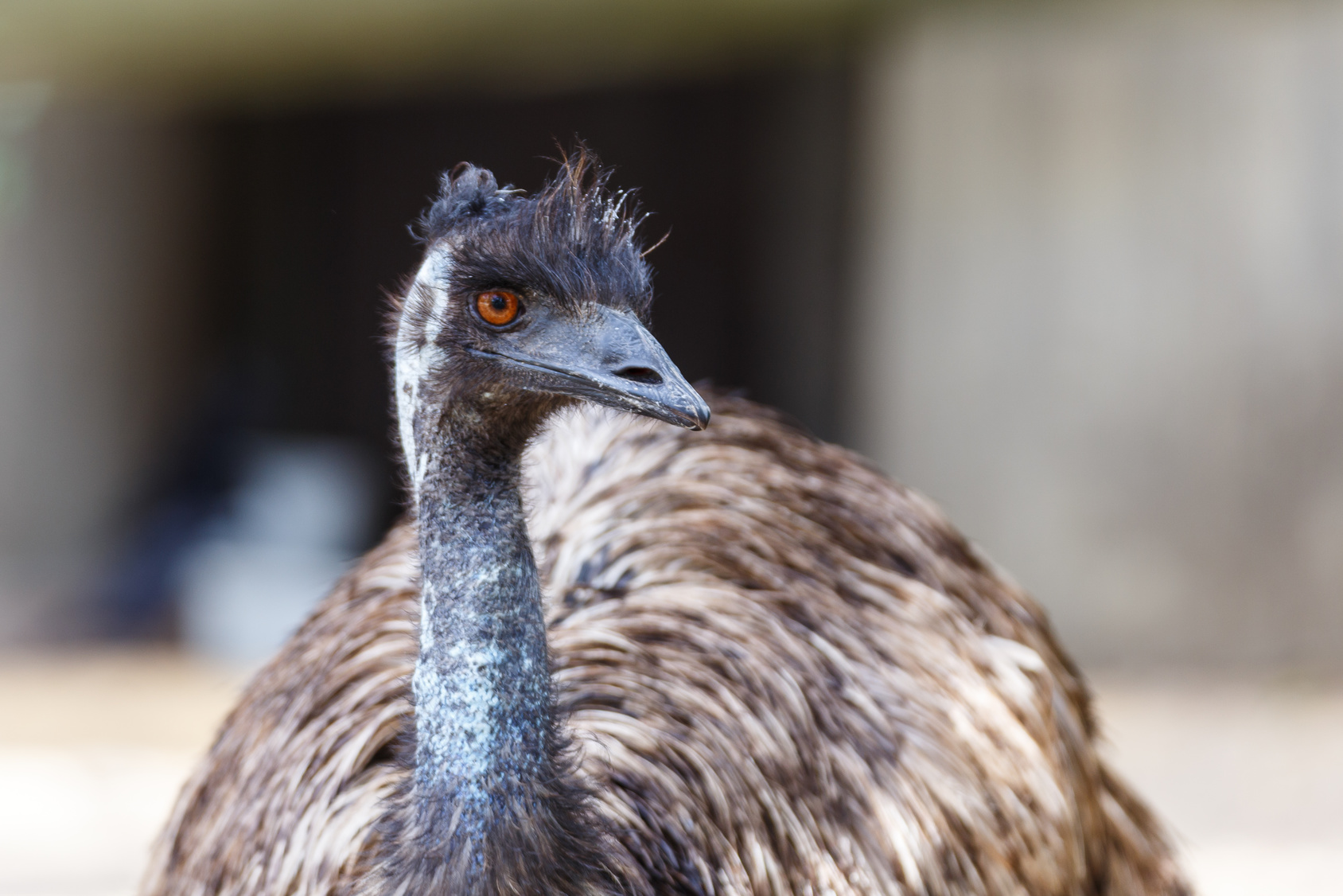 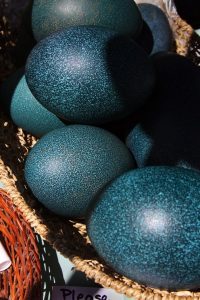 Emu Eggs are dark green.  The female lays an egg every 3-5 days.  As she lays the eggs, the male will cover them with leaves, grass, straw or whatever is available until he is ready to start incubating them.  When there are at least 9 eggs, the male will start sitting on the nest.  The male will incubate the eggs for 52-56 days.  He will not eat or drink during this time.  When the eggs hatch, the first thing he will do is eat the eggshell.  This helps to get his system going, and also hides evidence of the chicks from predators.  The chicks will stay with their daddy until they are grown.  On farms, the eggs are usually picked up by the farmer and put in an electric incubator.  If the father is allowed to hatch, he is provided with food and water. 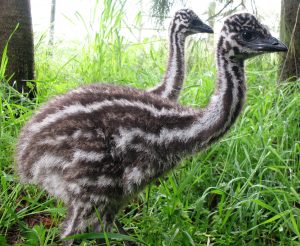 Emus originated in Australia, but are now raised on farms throughout the United States for their lean red meat and other food by products products…

In the wild, emus eat fruits, flowers, insects, seeds and green vegetation; they love caterpillars.  To aid in the digestive process, they will swallow large stones.  They need water daily.

On American farms, emus are fed a special pelletized feed that has all the nutrients they need to develop strong, healthy bodies.  Emus grow to be between 5 1/2 to 6 feet tall and weigh 110 to 120 pounds. 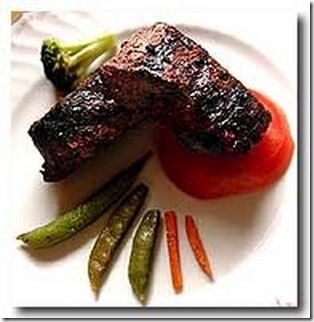 Every part of the emu is used.