Guidelines for Handling and Storage of Emu Fat

Fat exists in two places on the emu, internally and externally.  Very often there will be as much internal fat as external, sometimes more.  It varies from bird to bird. 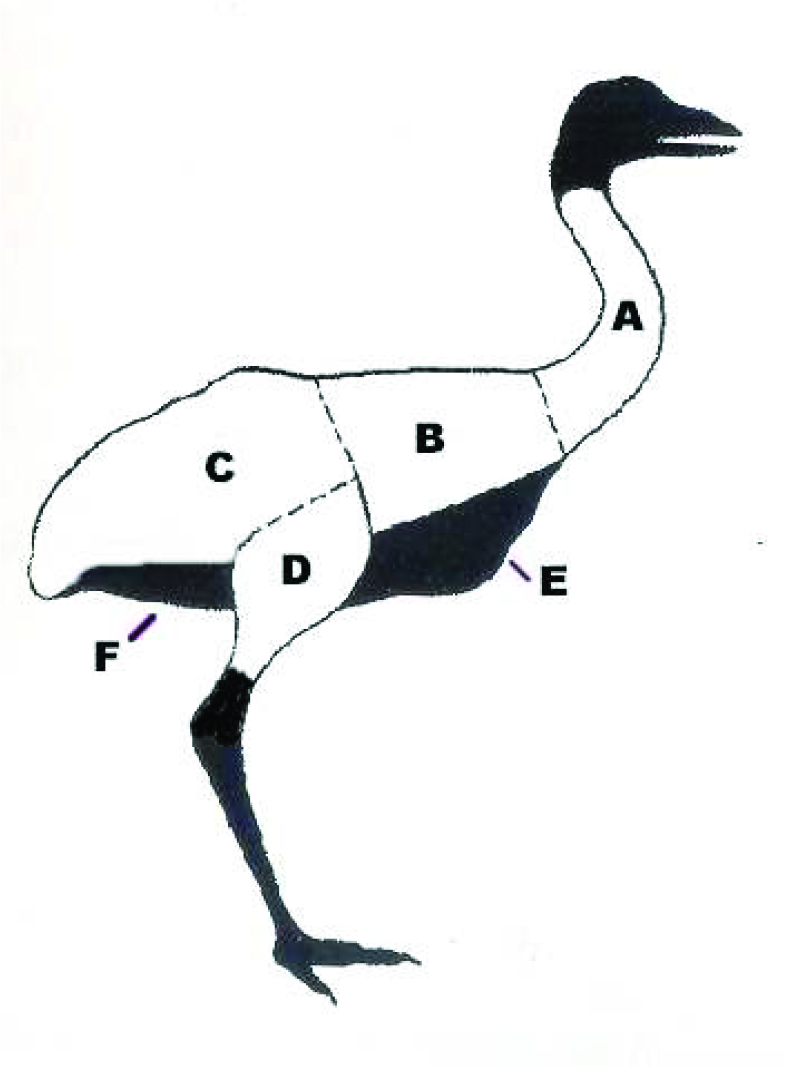 A well-fed emu will have a layer of fat over nearly the entire bird, lying like a second skin between the hide and the meat.  It is just thinner in some areas than in others.  The area along the leg from the drumstick down has probably the least amount of fat.  The thickest amount will exist as a pad of fat on the rump.  Neck fat will vary between 2 to 4 pounds depending on the bird.

There is a pad of fat below the vent and another one behind the breastbone.  Fat can be pulled off the major organs but not the intestines, which will tear.  The intestines surround a jellyfish shaped pad of fat.  The fat is attached to the intestines between two layers of membrane, above and below the fat.  Use kitchen shears to separate the fat from the intestines, taking care to avoid fecal contamination.

A, B, C and D indicate areas with the most external fat on the bird. E and F indicate locations of internal fat. (see image at left)