During the American Emu Association (AEA) Convention held in July in Kansas City, Missouri, the emu egg art contest winners were chosen. Each entry, with a unique artistic style, shows the versatility of the emu egg shell. Painted, carved, etched or decorated, these works of art are beautiful to behold.

Three of the four winning decorated egg shells were created by members of the International Egg Art Guild (IEAG).

First Place went to an egg titled “The Climber” created by Nicholas A. Poleschuk, Jr, IEAG, www.PoleschukStudios.com. His egg, carved and sculpted using a high speed engraver followed by a special file to create the extremely smooth surface and sharp lines, depicts a Madagascar Mantella Laevigata Frog climbing up a leaf.

Third Place went to two eggs that tied for this honor.

“Land of the Free” was hand painted by Mike Jorgensen, Medford, Wisconsin, [email protected] His painting of Mt Rushmore and the American flag seemed to bring the scene to life.

To see the other amazing entries in the 2012 “EGGS’travaganza” AEA Egg Art Contest, visit the website, http://www.AEAEggArtContest.com. These entries will remain online until next year’s contestants are posted, giving a full year of promotion to these artists.

The 2013 contest will take place in July and the application form will be available on the website for download early in the new year. Now is the time to start planning your entry.

The American Emu Association sponsors this contest to promote egg art in the emu industry. The public is welcome to enter their artwork and to bid on the entries either online or in person during the annual AEA Convention. 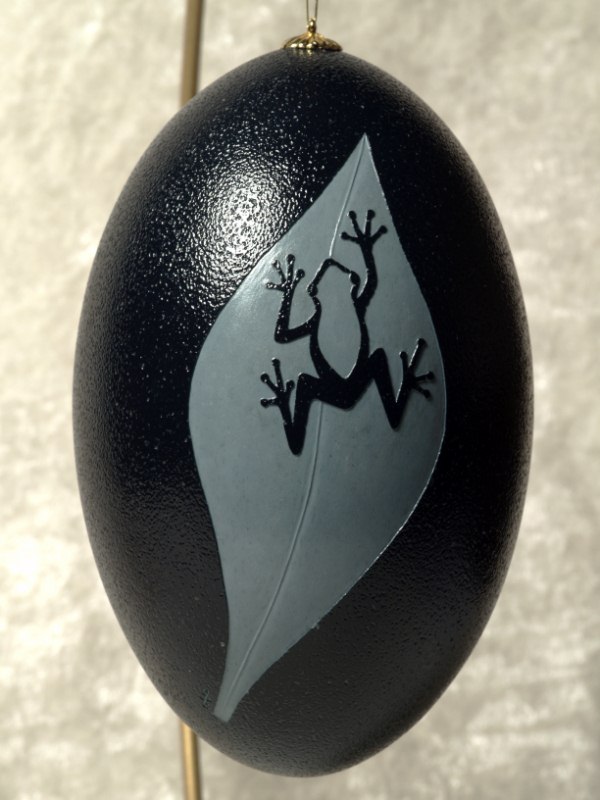 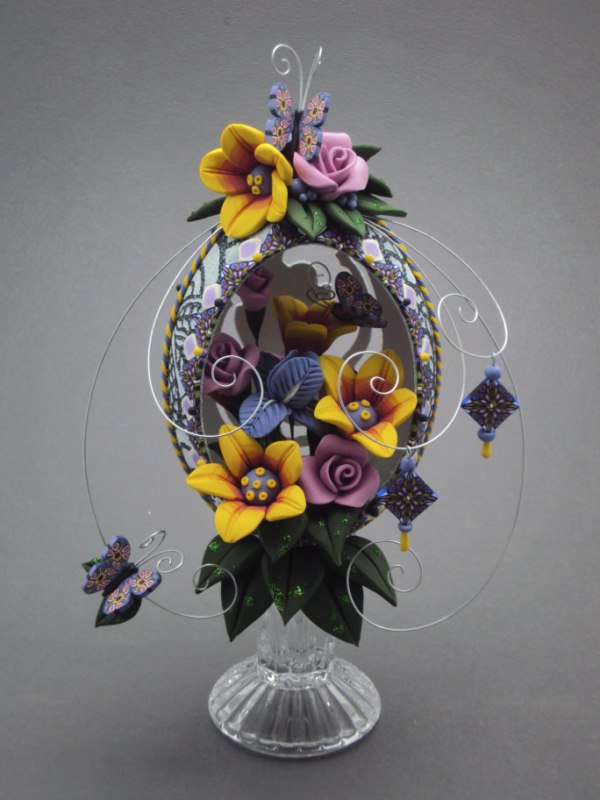 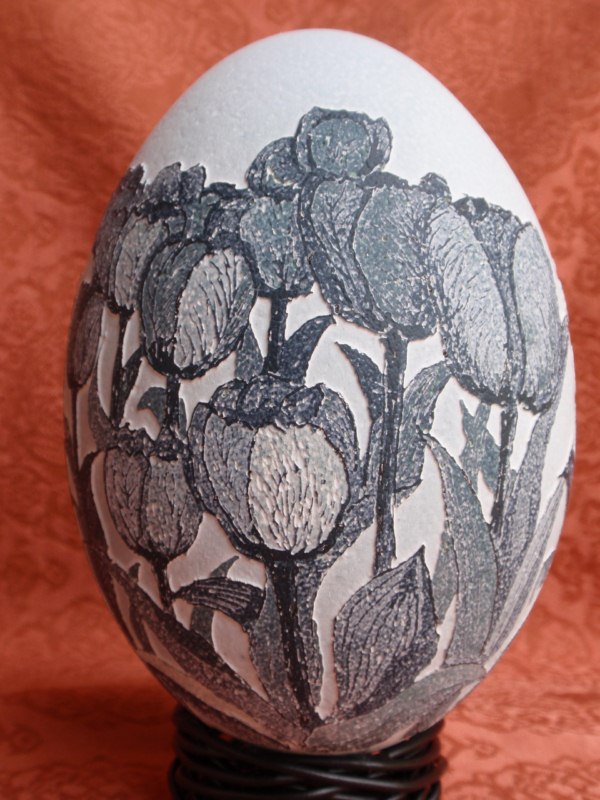 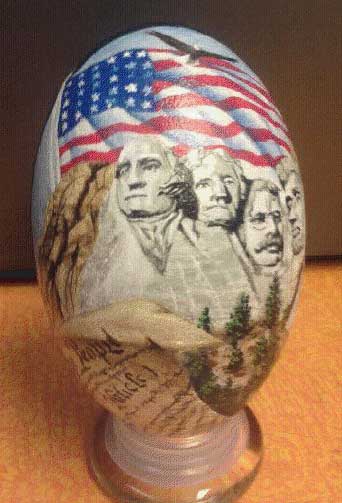